HardenedBSD forked the FreeBSD codebase for ease of development. Prior to HardenedBSD's founding, Oliver and Shawn worked on separate repositories, occasionally causing collaboration issues. Unifying the codebases in 2013 was a natural step in efficient, effective collaboration between the two individuals. Since the unification of the work, HardenedBSD is growing faster than ever.

HardenedBSD aims to implement innovative exploit mitigation and security solutions for the FreeBSD community. Security is like an onion--it's made up of layers. In order to be successful, attackers must peel back each layer. HardenedBSD takes a holistic approach to security by hardening the system and implementing exploit mitigation technologies. We will work with FreeBSD and any other FreeBSD-based project to include our innovations. Our primary goal is to provide a clean-room reimplementation of the publicly-documented parts of the grsecurity patchset for Linux.

HardenedBSD's core team consists of Oliver Pinter and Shawn Webb. If you'd like to know more about the team involved in HardenedBSD, please visit the Meet the Team page. 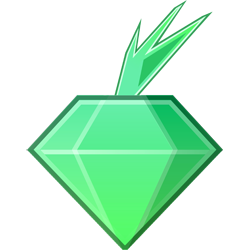